by Lori Weise
Last Saturday was our first free spay/neuter clinic in Compton in 2012. It was very successful, which we could have predicted since we had 75 people on our waiting list left over from last month and many more on hold for our next clinic this month, scheduled for January 28th. Back in 2006, when we hosted our first clinic in the parking lot of Tower of Faith church on Rosecrans, we were lucky to fill the clinic. Thousands of flyers had blanketed the schools and neighborhood to net about 30 appointments but we didn’t give up, despite what a lot of haters warned us about. Thousands of dogs living within the ten square miles of Compton later, we see a the social change that has occurred. People want to spay/neuter their dogs, well most people do. It would be too much of a fairy tale to report that every dog owner is going to spay/neuter. 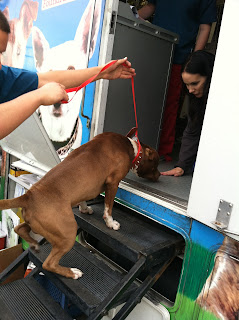 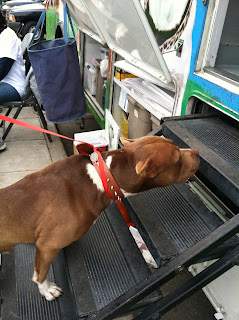 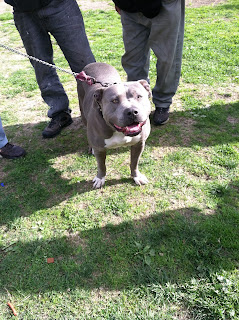 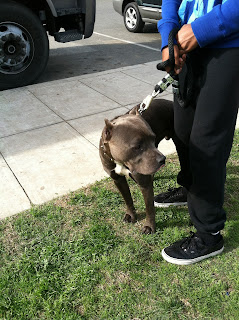 The highlight of every clinic for me are the children that come almost every month to hang out, say hi, get some treats to take home to their dogs that have already visited our clinic but most of all, say hi to my big man, Clancy. From listening to me tell them about the Downey shelter and just seeing all the homeless dogs in their neighborhood, they know, there are not enough homes for all the dogs even the puppies that live in Compton. I have explained that there is no way our kennel could ever take in all the dogs living in Compton that have been “thrown away” The children get it. The relationships that we have built by being in the park the second Saturday of every month has resulted in our clinics being full every month and hopefully, a further decline in the euthanasia rate for stray pit bulls and Chihuahuas entering the Downey shelter (Compton’s shelter). 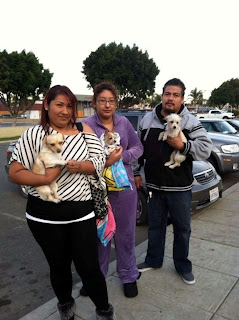 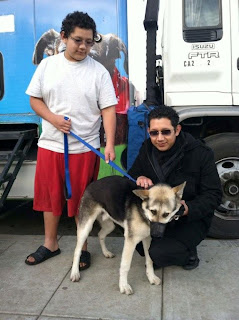 1500 of these two breeds entered the shelter and were euthanized in 2010. Our grant from Petsmart will help cover the cost of 600 surgeries. We project that there has to be a positive outcome from all these targeted surgeries. The Heigl Foundation is covering the cost for many more surgeries so that we can hit our goal of 1000 free spay/neuter surgeries in Compton in 2012. In 2011, through outreach in the park we sterilized almost 700 dogs and formed countless relationships. 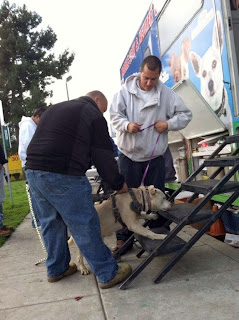 Like the one we created with Martin, a dog owner who brought us his male pit bull to be neutered last year. In December of 2011, he walked over to our table with a new dog, a female named “Canela”, a beautiful red pit bull that he had rescued off the street when his neighbor’s son went to jail and the mom pushed the dog out because she was tired of her. Martin told us that another neighbor had poisoned his male dog and he was sad and angry but there wasn’t much he could do. Canela ran into his yard and never left. He wanted to spay her. We did just that, she was spayed, vaccinated and micro chipped last Saturday. All of Martin’s future dogs will also be fixed because he knows now that it doesn’t change their personality in a bad way as people had warned him. Just like people warned us about how dangerous Compton was going to be and how no one will come to our clinics because the dog owners in Compton breed their dogs to make money. Let’s dispel the myths together and work towards no kill for all shelters one dog at a time one day at time. 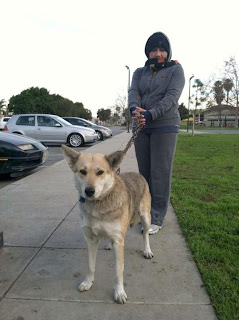 A good example would be an older gentleman that I spoke to, near the end of our day. He saw the clinic and just wanted the free shots for his 6 month old female Doberman. All the talking in the world was not going to change his mind and that was OK. He left without feeling mentally beat up by my position and I understood where he was at. Not the place where I wanted him to be but not everyone is going to be convinced of the importance of spay/neuter within the span of a ten minute conversation . Another example was a man who rode by on his bike. He didn’t want to stop and talk, he sort of mumbled as he approached us then shouted as he pedaled away that we were abusing animals by not allowing them to be animals and have babies. Even the children who were sitting with Clancy understood how off the mark this guy was.