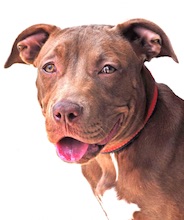 Downtown Dog Rescue is honored to have been featured in both local and national media outlets. Find a selection of these articles and releases categorized by year below.

For press inquiries, please email us at press@downtowndogrescue.org. Be sure to include your name, contact information, your publication, and your deadline.

Thank you for your interest in our work.

“As Homelessness Surges, Volunteers Work to Keep Pets and Their Owners Together ”
Losangeleno.com
https://losangeleno.com/features/homeless-pets/

“Poverty Forces People to Surrender Their Pets. It Doesn’t Have to be This Way”
Talkpoverty.org
https://talkpoverty.org/2019/02/04/low-income-pet-owners-animal-surrender/

Los Angeles Renters Fight Back to Keep their Pets
Capital and Main – November 13, 2018

Are you solving the right problems?

Should Pets of LA’s Homeless Have Their Qwn Attorneys?
CityWatch — August 29, 2016

Honoring Those Who Make A Difference for Animals
Huffington Post — January 17, 2015

Pets and owners stay together during tough times thanks to these

No surrender: Keeping dogs where they belong
Cesar’s Way: The Scoop — September, 1, 2014

Shelter Intervention: How to Save Thousands of Lives
The Pet Matchmaker — June 3, 2014

Downtown Dog Rescue Have Dog Rescue Down
Some Thoughts About Dogs — August 9, 2013

People who give up their pets aren’t heartless, they’re struggling
HuffPost — October 3, 2013

ALL THINGS ANIMAL IN SOUTHERN CALIFORNIA AND BEYOND
Los Angeles Times Blogs — December 21, 2008