On Sunday, at a free spay/neuter clinic in Watts, I had a young woman ask me when flea season would be over.  She showed me her sister’s legs, completely bitten up by fleas.  Not only was her little dog covered in fleas, everyone in her home was suffering.  She had tried a flea collar, a flea comb, bi-weekly baths and some home remedies family members had shared with her but nothing worked to rid the fleas on her little terrier.  When I told her that in California, flea season was basically 365 days a year, she looked so overwhelmed.

She had rescued her little dog off the street, he was covered with fleas, she removed the ticks but the fleas, she couldn’t cope with.  Not wanting to give up on him, she was willing to try anything.  I explained the benefits of Frontline, and we made a plan to give her and her dog some relief. 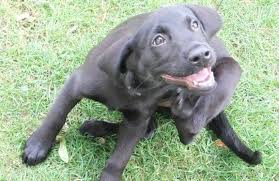 I met another family who was moving the day we neutered their puppy.  He also was loaded with fleas and ticks.  One of the reasons they were moving was their landlord refused to help them get rid of the fleas and ticks in their house and yard.  The ticks were so bad, no one could go into the back yard.  Can you imagine living like that?  They endured as much as they could.  Like the other young woman, they were committed to their pets, they were eager to take the assistance.  Actually, I’ve never met a pet owner who refused help with flea and tick prevention.  Summer can be pretty brutal.  We always see dogs and sometimes cats with ticks and fleas.

In August we have two community dog clinics planned.  We would like to offer every dog Frontline flea and tick prevention which costs about $10 per dose.  Can you help by purchasing a package for dogs in need?