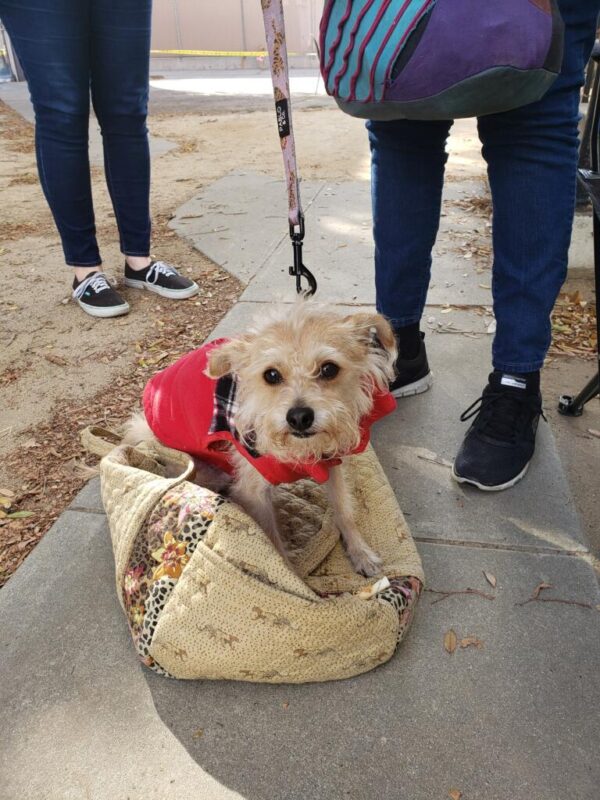 Foxy at our November wellness clinic

As I write this post, I’m reflecting on everything that I’m grateful for. Grateful that I have the day-to-day privilege of serving pet owners who need more than just a little dog food to keep them going.  They need a commitment. The story of “Foxy” a tripod terrier that I am sharing with you illustrates the power of commitment, connection , compassion, and the importance of microchipping.

When our Pet Resource Center counselors initially met Foxy, back in 2016, it was clear that her owner Jennifer loved her very much.  Watching Foxy walk, we were concerned because one of her legs was dead.  While she didn’t drag it, nor did it look like she was in pain, step one for Foxy was to get her an exam, then spayed, vaccinated and microchipped.  Jennifer told us that while she might live in an SRO apartment on Skid Row and have a limited budget, she rescued Foxy because no one wanted her. She saw a handicapped dog, handicapped just like her, that no one else wanted, so she brought Foxy home.  Dr Ramirez at Los Angeles Veterinary Center confirmed that at some point, before Jennifer rescued her, Foxy’s leg might have been hit by a car, we’ll never know.  The injury was not one that required surgery or treatment.

As months turned to years, Jennifer would bring Foxy, using her walker, to our day of service for Skid Row pet owners. She was definitely a regular that was loved by all of the volunteers and counselors.  Counselor Amanda had a special bond with Jennifer and Foxy.  Amanda was the one who received the frantic call from Jennifer the day that Foxy was lost. Jennifer had suffered a medical emergency, had been unconscious when the paramedics loaded her into an ambulance without Foxy.  For those of you who may not know, dogs, unless they are a service animal, cannot ride in an ambulance.  Later we found out that the paramedics were moving so fast, they handed Foxy to a stranger who offered to take her, since they thought sending Foxy to the shelter would be the worst choice.  Actually, in this type of situation, a pet going to the shelter is the best option.  Especially when a pet is microchipped and impounded as personal property. 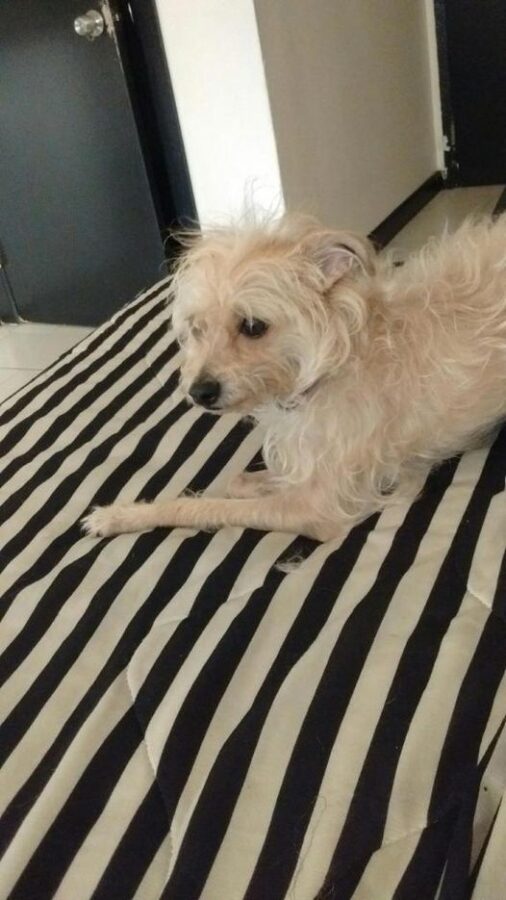 The photo we used for Foxy’s lost dog flyer

Jennifer didn’t know where to start looking, as a handicapped person, it wasn’t easy for her to get around.  We put up flyers, posted on social media, but no one had seen her.  Months went by until I received a call from the VCA Animal Hospital in Hollywood. Someone had found Foxy, and brought her to their hospital. Foxy’s microchip saved her, and enabled us to reunite her with her owner. We never did figure out how she went from Skid Row to Hollywood VCA, or how many times she changed hands.  Never wanting this to ever happen again, Amanda suggested that Jennifer write out her wishes for Foxy, keep them in her file, and give a copy to her neighbor, who adored Foxy, and would pet sit whenever Jennifer had to leave her.

Sadly, it would be only three months, almost to the day that Foxy came home, paramedics took Jennifer out on a stretcher from her apartment.  This time, Foxy was safe with her neighbor, who agreed to keep Foxy with her until Jennifer got out of the hospital. Unfortunately that day never came.  Jennifer died in the hospital.  Amanda heard the news of her death when Foxy showed up with the neighbor holding a little folder with Foxy’s name written across the front. Carefully organized inside the folder were Foxy’s medical documents. That wouldn’t be our last time seeing Foxy.

At our November drive thru vaccination clinic, the first client through the gate was Foxy and Jennifer’s neighbor.  Foxy looked happy and well.  She received her booster vaccinations, and a check up.  DDR volunteer Leslie was already heading back up to Skid Row, so she offered to give the two a ride back home.

Too often when someone finds a dog the automatic assumption is that the dog was dumped, is a stray, and no one cares.  Especially a dog like Foxy who is special needs.  We tell everyone, please think lost not stray.  Always check for a microchip and don’t judge the condition that you find the pet in.  Who know what that pet has been through or how long they have been lost.

Like Foxy, lots of lost dogs have someone who is heartbroken, looking everyday for their lost pet. Amanda never gave up on finding her dog Papi, who went missing for months, until she found him. I was eight years old when my Charlie dog ran away. At 55 years old, I get tears in my eyes, and wondered whatever happened to him. Raising him from 8 weeks old, then leaving for school one day and never seeing him again has had a profound impact on my life.  I know I’m not alone in losing and never recovering a pet. Nothing that anyone can tell you will comfort you when you lose a pet.

I’m grateful that Jennifer had those three months with Foxy, and was able to see our commitment to her and Foxy play out.  Amanda, who is often known as a caseworker for dogs, is listed in several clients’ wills, in the event a pet owner from the Skid Row community dies.  This is exactly how I came to take ownership of my Petey. His owner was a homeless Vietnam Veteran who always told me that he had a will and in his will was his one priceless possession, Petey. When he died, his mother called to confirm that indeed, Petey was my dog, and that dog would go on to change the course of my life.  A story for another time. 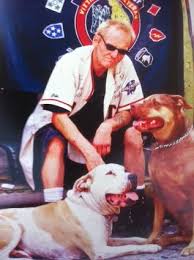 Steven with Petey and Princess 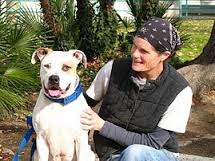 If you are touched by this story, consider making a donation on Giving Tuesday.  I’m always happy to receive and read your emails – Loriweise@gmail.com Thank you for your support.