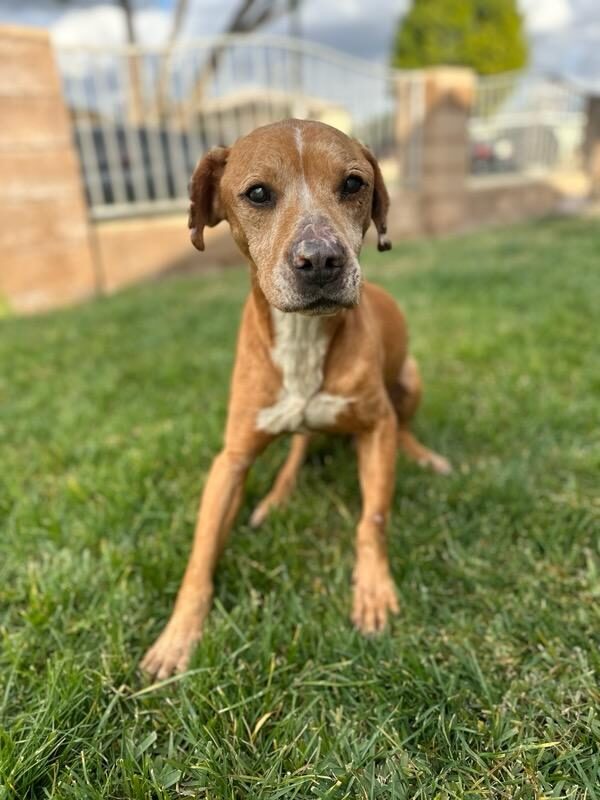 This is Cornbread, a senior dog who was likely attacked by other dogs, while he roamed the streets of our Alameda Project area.  Thanks to the kindness of a family who had attended one of our vaccination clinics, live in the area, Amanda our program manager was called, asking for help.  The message for help went like this, ” There is a dog who has been laying in front of my house for four days.  He looks really bad, looks like he was hit by a car, can’t walk.”  Amanda’s first thought was “Why did you wait to call for four days?” Then, thinking about how sometimes families who live in the neighborhoods that we serve are more accustomed to seeing animals and people suffer.  This area has hundreds of homeless people living in trailers, cars, and tents, all trying to survive. Reflecting on the reality of the situation, she was grateful that the family did make the call for help.  More than likely, she thought, this is going to be a pick up for a humane euthanasia.  When she got him into her car, she took the photo of him covered in dried blood, bite wounds, too weak to hold up his head. 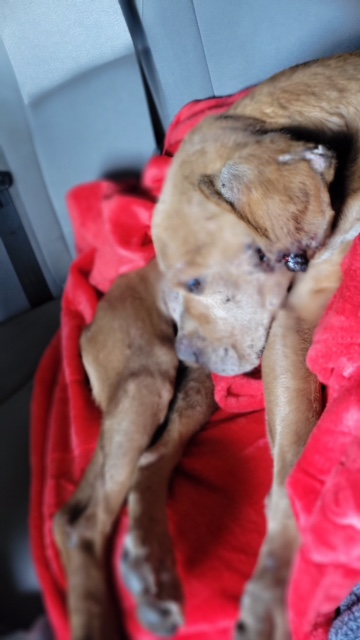 Rescued from the street

Because of the holidays, our DDR kennel was full, and all of the boarding facilities that we use were also full. The only place for him to go was the South LA Shelter.  Not the best option, but the only option we had that day.  Thankfully, Dr. Rameriz at Los Angeles Veterinary Clinic offered to give him an exam, bloodwork, and care for his wounds, while he boarded him a couple days.  This gave us a little time to figured out a plan. 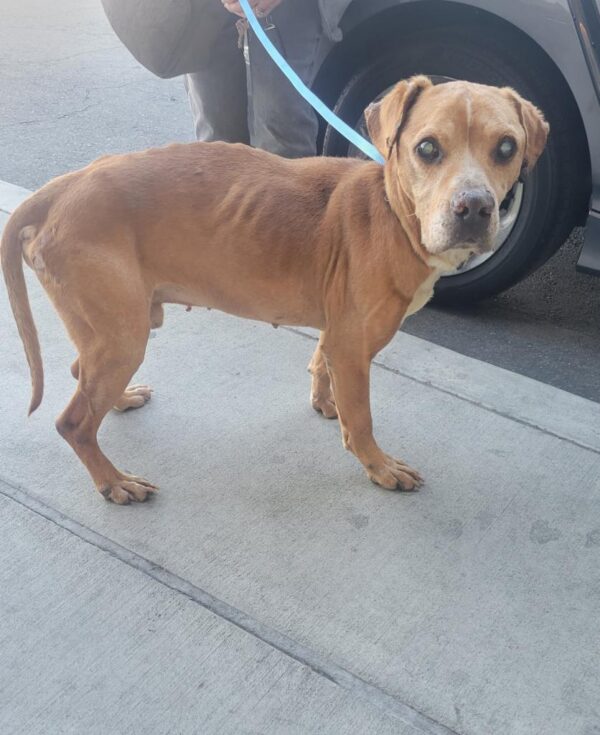 Leaving the shelter to go to LA Veterinary Center 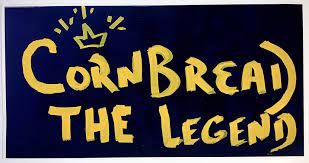 We named him “Cornbread” after the artist Cornbread the Legend.  Next, we had a dedicated and experienced foster, who offered to keep him safe at her home until we had some space at our kennel.  After leaving the animal hospital, he went to Noemi’s home, where he had his first bath, his first walk, and he began to understand that he was safe.  But it wasn’t easy, barking non stop for almost two days, not understanding where he was.  Living in a home was a huge adjustment during those first 72 hours. 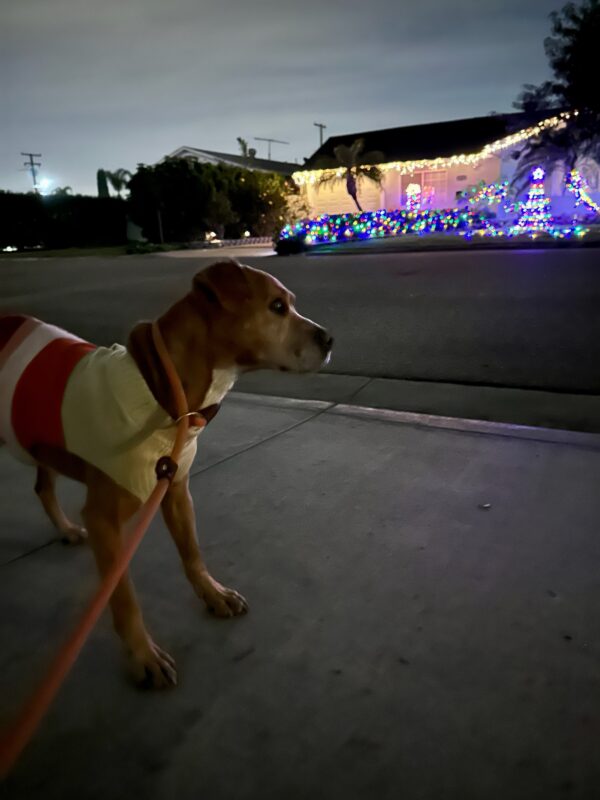 Wearing a sweater, walking through the neighborhood 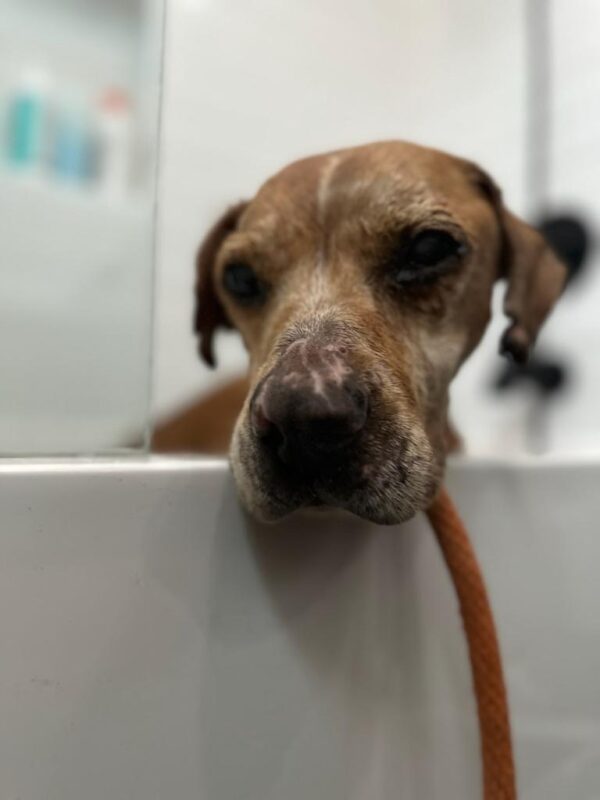 Noemi reassuring Cornbread he is safe 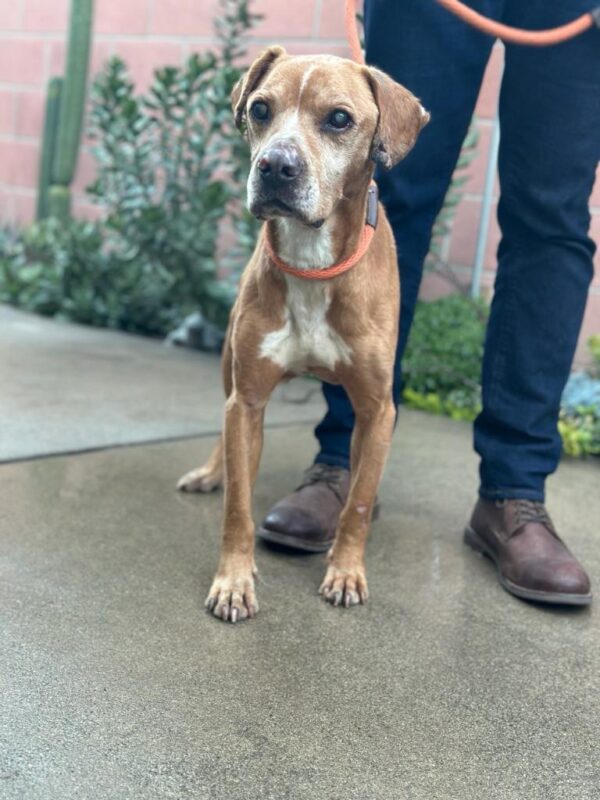 We don’t know much about Cornbread other than at some point in his life someone loved him because he walks well on leash, will nudge for affection, enjoys being touched and petted.  How did he end up on the street, why was he abandoned? We’ll never know for sure.   Once Cornbread is healthier, he will be neutered, and ready for adoption.  It’s because of supporters like YOU that we can continue to rescue dogs like Cornbread.  Please consider making a donation today.