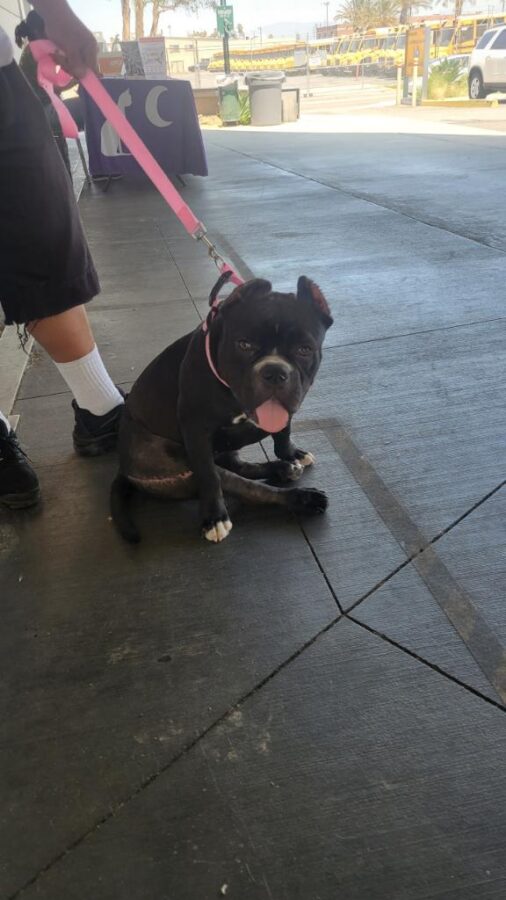 Nina was brought to the South LA Shelter by a young man, in his early twenties, when both of our SIP counselors, Amanda and Yesenia, were on site. He was upset, felt overwhelmed, and really didn’t want to surrender his 7 month old puppy, who had been hit by a car. When she was hit, he did everything he could to save her, including taking her to the emergency hospital where Nina received an unsuccessful orthopedic surgery. He did end up taking her home, only to bring her back to the shelter a week later, but instead of surrendering her to the shelter, he surrendered Nina to DDR.

It would be easy to post sad or graphic photos of Nina, before and after her leg amputation in order to fundraise. We believe that by doing so, we would be silently promoting that she was neglected by someone who did not follow through with all of her necessary care that resulted in her losing her hind leg, but that does not tell the truth.

The truth is that she was loved, he had rescued her from a “bad situation” four months prior. He lived with his family in a second floor apartment, and worked full time. He tried, and he sincerely wanted the best for Nina, but his best wasn’t enough. Not during this point in his life. Judging would be easy to do, but attempting to understand the perspective of the young man, who tried his best is important. We have all fallen, failed, regretted an action, wished we could have done better. 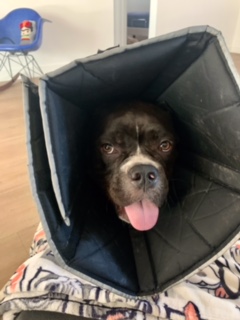 Accepting this fact was difficult for him, as it was for our counselor Amanda, who had been his main point of contact. When Nina was picked up at the shelter a week later, he was crying, it was emotional. Reality was her leg was dead and needed to be removed immediately. As a counselor, you may intellectually understand that you are making a good decision, but watching someone experiencing a loss is still painful. We even question what’s best for the pet, never assuming that just because we are a rescue organization, we are superior and all know what’s best for a puppy like Nina.

How we as individuals experience cases like this often involves how closely we identify with the client, and the experience that the client is going through with their pet. If we have experienced a similar loss and have been traumatized, it’s inevitable that our understanding of a case can be very personal.

“Trauma is the invisible force that shapes our lives. It shapes the way we live, the way we love and the way we make sense of the world. It is the root of our deepest wounds.” Dr. Gabor Maté 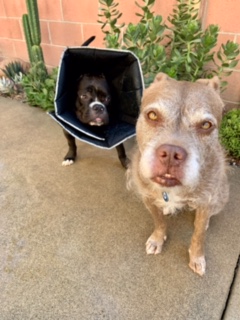 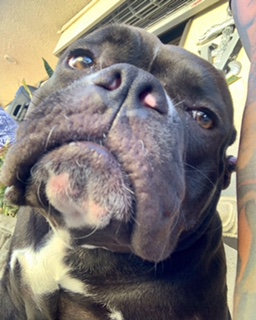 Thanks to a wonderful medical foster, Noemi, Nina has healed from her surgery, and about a month later is learning how to walk again. In addition, she had to be properly crate trained, socialized with all sizes of dogs, and like all puppies, had to learn some house manners. Noemi has the time and patience to devote to Nina 24/7, including taking her back to the hospital when she opened some of her sutures. Noemi will continue to foster Nina in her home until she gets adopted or for whatever reason, needs to come live at our kennel. This micro pit bull will be available to adopt soon. Follow her progress on our social media!